Our video studio in the Concertgebouw in Amsterdam 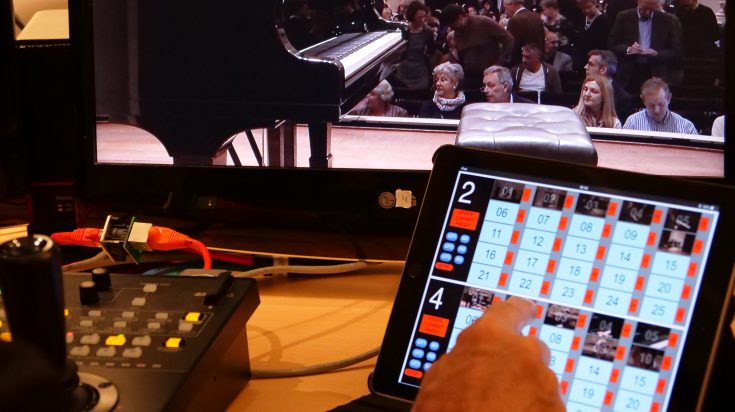 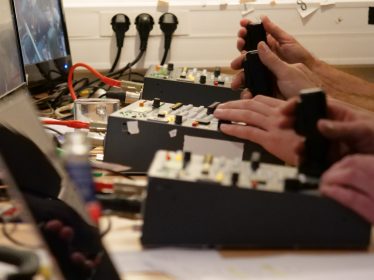 Working in the Concertgebouw in Amsterdam feels for us a bit like playing a home game. Here we have our own permanent studio: Studio 12. That is the heart of our recordings. From this studio, we make anything from simple recordings in the small hall to large live TV broadcasts from the large hall.
We provide various international broadcasts for the Concertgebouworkest. MEZZO, UNITEL, and medici.tv are a few of our media partners.

We also make use of remote-controlled cameras that we can easily hang or place in various parts of the Concertgebouw. We also work with manned cameras, such as a “long lens” camera in the back of the hall.  The remote cameras are operated from the studio by our camera operators.
Because all the infrastructure is already in place in the Concertgebouw we are able to set-up for a recording quite quickly.

The crew in the studio depends completely on the kind of recording we are doing. A simple recording with a couple of cameras can be provided with just one or two people. During a large live broadcast, there will be a team of nine or ten people, including a director, director’s assistant, score reader, shader/vision mixer, video switcher, and remote camera operators (1-3). In addition, there may be a floor manager and manned camera operators in the hall.